“Underground overground Wombling free, Wombles of Wimbledon common are we”, yes those were the Wombles from the 1970s TV show made an impact in music and toys too. The Wombles of course cleared the rubbish in Wimbledon, and lived below ground and were voiced by Bernard Cribbins. 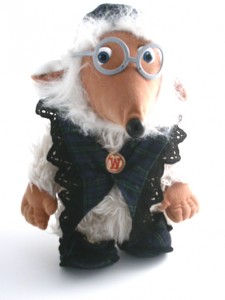 The toys that came from this were very cute bear type and soft furred products. We had the main characters like Orinoco, Tobermory, made by Pedigree toys. The toys were everywhere, and I remember my sister even having a wind up womble that moved around, although I never heard it say anything, And remember the Wombles never spoke on the TV series, the voices were just narrative supplied by Bernard.

There were beanie version of the Wombles too, and one that I never saw was some of the Wombles in cars that were wind up toys. It is true to say that these toys were probably not great toys, but it was one of those times when TV and pop music and lead us to a Womble mania, and although it was an amusing TV series, how did it get so big?