Batmobile – I had one of these and did I love it. It’s funny how things just disappear, get thrown out without you knowing. I loved the flaming exhaust.

We all know that the TV series of Batman was in the 1960s, but it was being shown all through the 1970s, so to us kids it was always new and exciting. I remember having several Batman toys as a kid, and even remember dressing up n the street as Batman, oh the shame.

My favourite Batman toy was a fantastic Corgi copy of the Batmobile, it was accurate in every detail. The doors opened, the top opened to let Batman and Robin out, and I think it also fired a missile, although that would have been lost in a few minutes I am sure.

We all had the Batman capes, and we had the Bat masks and of course we all had those plastic belts full of useless items. The utility belt would have plastic grenades, handcuffs and so much more that I can no longer recall, but it was great chasing up and down the mud hills screaming the Batman theme, and pretend fighting to “Zonk” “Bam” and so on. 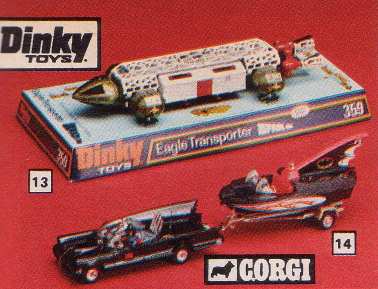 Robin of course with his silly red and green outfit was the one nobody wanted to be. We all wanted to be Adam West, but as for Burt Ward, well no thanks. Of course we all tried to use our Batman torches to shine on our dinner with the Batman plates, with Batman cups and so it goes on and on and on.

Batman comics and the TV series really inspired the early 1970s generations of kids, and all these years later Batman is still at the top, although he is a little darker than I remember. I also remember seeing a full size Batmobile at a local circus, this was used to draw us in to see Batman and Robin. Of course they were never there, it was just a way of breaking a kid’s heart, and it did.