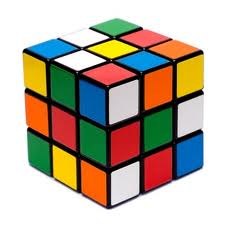 My memory told me that the Rubik Cube was created in the 1980s, well I am very wrong. As this frustrating colourful cube, that I never was able to complete was invented by a Hungarian in 1974.

It was first called Magic Cube, and went on sale in Budapest in 1977, so it just fits in to our toys of the 1970s, well at least if you lived in Hungary it does.

In 1979 it was made to go global, and with huge manufacturing output it was heavily talked about in 1979 as being the thing to look out for in 1980. In January and February 1980, this 1970s piece of technology and frustration hit the shops of the world, and that terrible clicking noise it made stayed with us for many years after.

Incidentally a Vietnamese student in 1982 completed the cube in 22 seconds, I repeat not 22 hours or 22 minutes, but in 22 seconds. Get a life.