Spinning Tops attack each other.
The last to fall will be the winner! 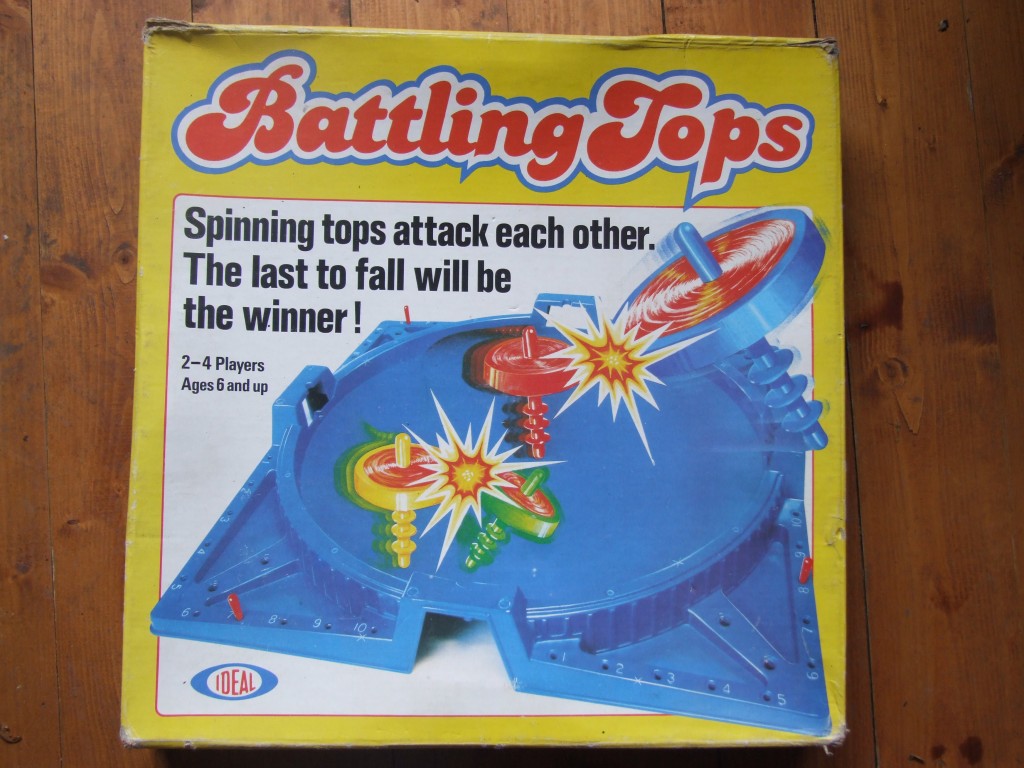 This was the king of all games for me in the 70s and even made a comeback in the 80s for cup final days with the boys.

Basically up to 4 players could play and each would have a top.

The idea was very simple. You would wind the cotton around the base of the top and then simultaneously with the other contestants pull it back as quick as you could, releasing the tops into the arena and watch the fun start.

In the arena the tops would bash against each other and anything could happen. Sometimes they would all fly in and hit each other and fly straight back out. The fun was that you had no idea what was going to happen

Five stars for me.