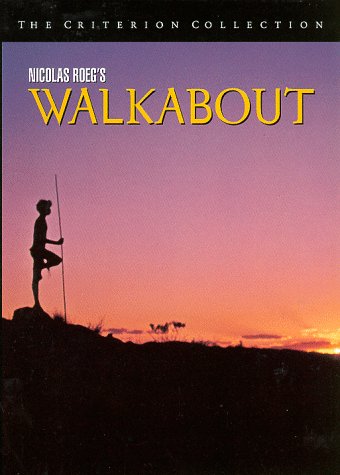 Very few films achieve subliminal greatness with cross-cultural impact, but Walkabout is one of those films–a visual tone poem that functions more as an allegory than a conventionally plotted adventure. Considered a cult favourite for years, Nicolas Roeg’s 1971 film centres upon two British children who are rescued in the Australian outback by a young aborigine.

Through exquisite cinematography and a story of subtle human complexity, the film continues to resonate on many thematic and artistic levels. Just as Roeg intended, it is a cautionary morality tale in which the limitations and restrictions of civilisation become painfully clear when the two children (played by Jenny Agutter and Roeg’s young son, Lucien John) cannot survive without the aborigine’s assistance. They become primitives themselves, if only temporarily, while the young aborigine proves ultimately and tragically unable to join the “family” of civilisation.

With its story of two worlds colliding, Walkabout now seems like a film for the ages, hypnotic and open to several compelling levels of interpretation.