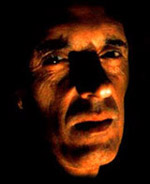 Italian horror film director Dario Argento was born September 7, 1940 in Rome to a model and film producer, who influenced his work as a film critic and screenwriter. He collaborated with Bernardo Bertolucci on Sergio Leone’s ‘Once Upon a Time in the West’ (1969) and soon after began to direct giallo films, most notably The Bird with the Crystal Plumage (1970), The Cat o’Nine Tails (1971), Four Flies on Grey Velvet (1972) and Deep Red (1976). He followed these with the more surreal horror film Suspiria (1977), which solidified his reputation as a technical virtuoso. He remains a prolific film director today, and has influenced directors from John Carpenter to George Romero, for whom he acted as consultant on Dawn of the Dead (1978). 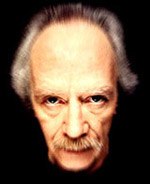 John Carpenter is a revered name in horror films. Born on January 16, 1948 and raised in Kentucky, he attended film school at USC, where he won an Oscar for Best Live Action Short. He burst onto the scene with the low-budget slasher horror film Halloween (1978), which introduced boogey man Michael Myers to terrified audiences. He followed that success with ‘The Fog’ (1980) and a remake of Howard Hawk’s science-fiction classic ‘The Thing’ (1982), but failed at more mainstream big-budget productions such as ‘Big Trouble in Little China’ (1986) and returned to low-budget filmmaking, where he quickly developed cult status as an influential film director. 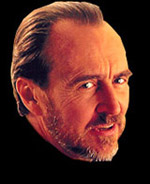 Widely recognized as one of the greatest horror film directors, Wes Craven was born on August 2, 1939, into a strict Baptist family in Cleveland, Ohio. He left his career as a Humanities professor to become a sound editor and production assistant for low-budget film companies, and soon began to direct his own horror films, including Last House on the Left (1972), The Hills Have Eyes (1977) and ‘Summer of Fear’ 1978. Craven’s successful ‘A Nightmare on Elm Street’ (1984) established the iconic Freddy Kreuger villain, and spawned a series of sequels. He again hit big with the ‘Scream’ franchise in the 1990s. 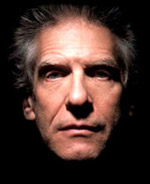 Considered by many as the father of the ‘body horror film’, David Cronenberg was born on March 16, 1943 in Toronto, Canada and began making films with Ivan Reitman in the 1970s. His trilogy of films about fears of infection and disease includes Shivers (1975), Rabid (1977), and The Brood (1978), but he soon expanded his themes to include the threat of scientific experimentation on the human body, notably in ‘Scanners’ (1981) and ‘Videodrome’ (1983). ‘The Dead Zone’ (1983), ‘Dead Ringers’ (1988), and the gory remake of ‘The Fly’ (1986) further established David Cronenberg as one of the most potent visionaries of skin-crawling imagery, a filmmaker of such skill that despite low budgets his films attract established stars such as Jeremy Irons and Christopher Walken. His recent film ‘A History of Violence’ is currently on many critics’ ‘best of 2005′ lists.

Brian De Palma was born on September 11, 1940. His controversial cinematic vision is characterized by stylized images of violence and voyeurism, possibly influenced by his father’s work as a surgeon and the director’s own childhood attempts to spy on his father for marital infidelity. An additional influence is Alfred Hitchcock. His breakthrough film was ‘Sisters’ (1973), in which he first used split-screen techniques. Carrie (1976), starring Sissy Spacek, Piper Laurie, Amy Irving, Nancy Allen and John Travolta, was shot in 50 days for $1.8 million and catapulted de Palma into mainstream filmmaking, though he continued to work in horror films and suspense, notably with ‘Dressed to Kill’ (1980), ‘Blow-Out’ (1981), and ‘Body Double’ (1984).