Penny for the Guy?

For a latchkey kid there was a couple of times a year that really gave us opportunities to make some serious money. One was Christmas where we could show off our vocal talents and the other was the run up to bonfire night and it’s November the 5th I want to talk about in this article.

For those of you who don’t know anything about Guy Fawkes I’ll give you a little background for you. Guy Fawkes was a man who tried to blow up the House of Lords with King James the 1st inside but was betrayed and every year we celebrate this event with fireworks and burning an effigy of Guy Fawkes on a bonfire. 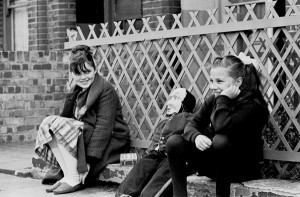 In the 70s there was very few organised firework displays. Health and safety was not really big in the 70s so bonfire nights during that decade was a more family orientated affair with a small bonfire being built in thousands of gardens and on November the 5th these bonfires would all be set alight. Whilst baked potatoes were being cooked we’d have our own firework displays and after the fireworks had finished an effigy of Guy Fawkes made out of a pair of trousers and a shirt sewed together and then stuffed with newspapers would be thrown on top of the fire.

Now what has all this got to do with making money I hear you ask, well before the poor Guy Fawkes was thrown to the flames we would in the preceding weeks carry him into town and place him in strategic places of high footfall and then ask the passing strangers “penny for the guy?” and people thought our “guy” was pretty good they would give us a few coins. To a young entrepreneur this was a pretty good business opportunity. Very little outlay, just a pair of old trousers and a shirt, a Guy Fawkes mask from the shop and plenty of newspaper. Now we did try at one stage to save even the trouble of making a Guy and I do believe I got the short straw and had to volunteer to be the guy for the day with bundles of newspaper stuffed up my trouser legs and inside my jumper but our clients were a lot smarter than we thought and easy saw through our disguise and just laughed at us apart from one chap who gave us a shilling just for trying.

In those two weeks lead up to bonfire night we did quite well money-wise but used to spend most of our income on bangers and air-bombs finding different ways to make the biggest explosion but again that’s another story.

Remember remember the 5th of November
Gunpowder, treason and plot.
I see no reason why gunpowder,
Treason should ever be forgot!

I don’t know why the “penny for the guy” tradition died out, maybe the USA Halloween tradition of “Trick or Treating” in fancy dress costumes was a sweeter and fun option but I personally think it’s a shame that British traditions like “Penny for the Guy” and conkers have died out, do kids still even play marbles? With all the American TV shows being viewed on TV nowadays I’m not surprised that the UK culture seems to be embracing the American way of life but I do think we should try a little harder to keep our own traditions going and so keep our own identity after all it’s our quirkiness that makes us British.