Holes in my Soles

When I look back to my younger school days I can remember things were hard. You ate whatever was placed in front you as you knew there would be nothing else. There was no cooking 3 different meals for different people in those days. No I’m not going to recede into a Monty Python sketch here it’s just that I was recently reading Norman Wisdom’s biography where he tells the tales of him and some of his classmates going to school with no shoes and that was a common thing in those days but when you think “those days” weren’t actually that long ago it does make me think back to my school days and how it was with us.

I can remember going to my primary school in shorts and t shirt, popping into my nan’s on the way where she would always ask us if we’d had a wash and cleaned our teeth that morning whilst she went about getting her hanky out, dabbing it on her tongue and then doing her best to rub our faces away. 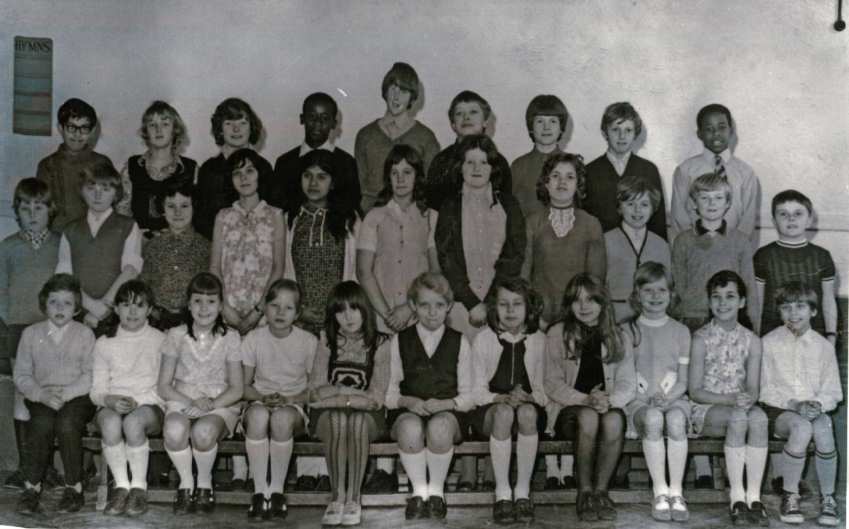 Things were hard in those days but they were still fun. It’s down to those days that I really appreciate what I have now.

My dad really struggled financially when we were growing up. Having 3 boys to feed and cloth must have been really draining so we tried not to bother him too much asking for new clothes we just wore what we had until they fell off us.

It’s one of these times that comes to mind now. It must have been coming up to summer 1970. I was walking to school with my mate Steve when I felt something sticky under my shoe. First of all I thought I’d trod on some bubble gum but then I noticed a small red patch when I lifted my foot. Then when I looked back I could see a steady progression of little red blotches on the sun dried pavement leading back to where we’d come.

Standing on one leg I examined the bottom of my shoe to see a great hole not just in my shoe but in my sock and my foot. The trail I had been creating was blood from my foot and for some reason I hadn’t noticed it. It wasn’t hurting so I thought it was funny continuing the trail all the way to school and showing my classmates.

I didn’t anything else of it until later in the afternoon when the home time bell had rung, my teacher held me back to talk to me.

She told me that the other kids wanted to make a collection for me so I could go buy myself a new pair of shoes and she then tried to explain why it wouldn’t be a good idea for it would embarrass my dad. I can’t remember how I felt at the time. Being a 10 year old boy I had more important things to think about like was I going to be going in goal for footie or was it going to be swimming or saturday morning pictures this weekend.

I did take some notice of her though as I did pluck up enough courage to ask my dad for a new pair of baseball boots.