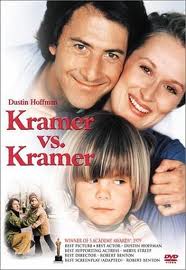 A wife (Meryl Streep) walks out on her husband (Dustin Hoffman) and 8 year old son (Justin Henry) after about 9 years of marriage. He learns to cope with bringing up a son on his own and holding down a job. He’s helped by a caring neighbor (Jane Alexander) in the same boat. But then his wife returns and she wants full custody of their son…

Well-made with excellent acting by everybody. It deals with the subject of divorce and custody rights intelligently (although Hoffman’s speech in the courtroom is a bit much). Still I didn’t really like this film.

For one thing it was WAY overrated in its original release–how this won all those Academy Awards is beyond me. It’s also quiet–too quiet. I was getting bored a few times. It doesn’t hammer its point at you but is way too subtle. I was never emotionally affected by this at all–I found the movie cold and distant. Also it goes out of its way to make Streep the villain. (Also Hoffman and Streep did NOT get along during the making of this film–it shows–especially during a restaurant scene) It also has an ending that seems awfully rushed and that I didn’t buy for one second. Also this all could have been avoided if Hoffman just hired a nanny–God knows he makes enough money!

The acting kept me watching but the movie itself is too slow and quiet. Also Jobeth Williams pops up briefly and does a surprisingly explicit nude scene (for a PG movie).

I can’t really recommend this. I give it a 6 and that’s just for the performances.