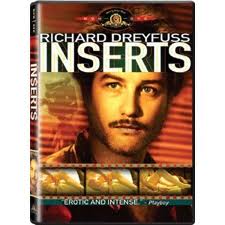 I saw this at an art cinema way back in the early 80s. Back then Richard Dreyfuss was a big star and it was a shock to see him in an X-rated film. This film was dull dull dull.

Boring and stupid–a must miss. Purportedly the British version runs a half hour longer!!!!