When a Stranger Calls 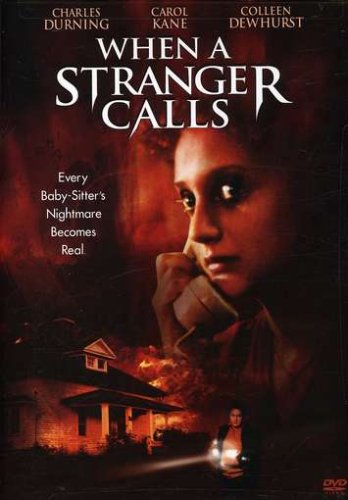 A girl (Carol Kane) is babysitting one night. She keeps getting phone calls from a guy saying “Have you checked the children”. (They’re upstairs sleeping). The phone calls continue. She gets nervous (and never checks the children). She calls the police. They trace the calls–they’re coming from INSIDE the house…

This was a big hit in 1979 with teenagers–despite the R rating kids were let into this one. It does have a great opening 20 minutes and a pretty scary ending–but the middle is dull dull dull. It involves the killer (well played by Tony Beckley) stalking an older woman (Colleen Dewhurst slumming) and a police detective (Charles Durning–also slumming) after him.

Good performances save the middle half from being totally unbearable, and there is good direction from Fred Walton. But all in all this is a mediocre thriller. Still, I’m giving it a 7 for the opening, the closing and the acting.