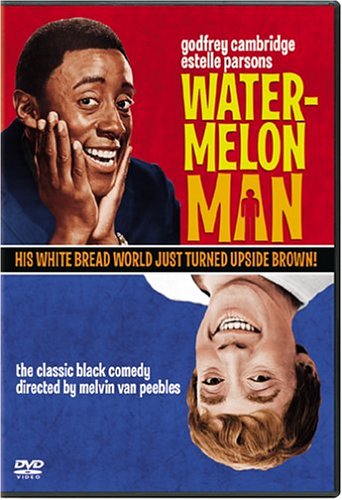 A white bigot (Godfrey Cambridge) wakes up one morning to find himself a black man. Good idea, horrible execution. The script hits all the jokes you expect and then goes nowhere. The dialogue is terrible–people don’t talk like that! Also, there’s no ending–the film just stops. And Van Peebles direction is annoying beyond belief. Yes, I realize he was one of the first black independent directors–it does NOT make him a good director though. He puts annoying music on the soundtrack without rhyme or reason…sometimes it almost drowns out the actors! The colour filters he uses don’t help at all and scenes go on WAY too long. He’s worse than Spike Lee (and that’s saying a lot).

Still, some of the jokes are very funny and the film makes a strong comment against racism. Also Godfrey Cambridge gives a wonderful performance–he has some horrible dialogue, but he pulls it off. The main problems here–the direction, the script and boy is it’s dated! However it’s not Van Peebles worst movie–that goes to “Sweet Sweetbacks Bada** Song”.