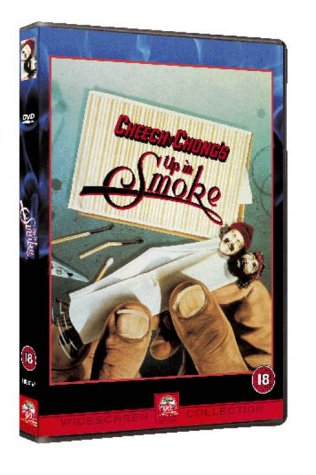 You notice how Ebert has his great movies section in his site, well if I was to have a section like that, this would be the first film to put in it (among a couple of dozen though, so don’t be nervous). While of course there are other great drug films: Traffic (which deserved best picture), Boogie Nights, GoodFellas (which even though is my #1 is in many other genres), Half Baked, Blow, and any other Cheech and Chong movie other than The Corsican Brothers. But this one gets on the top of my list by just telling it straight. While of course some is exaggerated for comedy, C& C represent the average Joe who wants some dope and has trouble usually getting it around town (unlike say Half Baked, which was a little unrealistic in that they were hallucinating and always getting pot.

Richard “Cheech” Marin and Thomas “Tommy” Chong in the 70’s made many funny albums, and this was they’re first movie. And within the first 15 minutes of the movie is classic comedy cinema, truly a contender with such moments as the Woody Allen Gub or the Springtime for Hitler scene in The Producers. In these minutes, the two (Cheech playing his character Pedro and Chong playing his character Man Stoner from the famous albums) meet by a hitch-hiking feat and when Chong pulls out a monster joint and the two smoke it (followed by Cheech eating so much acid he would be out for a month), the two become best friends. The following then in the movie contains various segments of how they try and get grass from a crazed Vietnam Vet, in Mexico, and other places. Along the way they are hunted by a police sergeant (Stacy Keach, who would give one of the 80’s best comedic performances in Nice Dreams), and get mixed up in a punk band. And don’t forget the Ajax lady who makes Martini in Cukoo’s nest look normal.

Overall, the film is a triumph of the American comedy, but it also has some deep meaning (some you might only be able to find when you start to light up, but hey). The 70’s were a time when people were snorting coke, going to discos, getting the Aids, etc. But what a change of pace to see 2 goofy yet very optimistic guys going about as they probably would in real life in that time getting grass and playing music.

One of the most outstanding 70’s films and comedies. A+