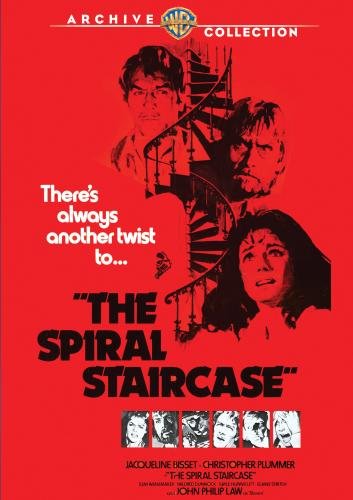 Pretty dull,
Remake of the 1946 classic. Helen Mallory (Jacqueline Bisset) has been rendered mute after seeing her husband and only child die in a fire. She is now staying at her uncle’s mansion and getting treatment. However there is a killer on the loose who kills people who have disabilities. Is Helen next?

Pointless redo. The original is a classic–what’s the point or remaking it? I caught this on TV late at night back in the 1970s. I had seen the original and was interested in seeing how this stood up. Sadly it turned out to be pretty bad. Despite a great cast (Bisset, Christopher Plummer, John Phillip Law, Elaine Stritch) this is pretty slow-moving and dull. There’s virtually no suspense or atmosphere and it looks like it was made on a very low budget which hurts. The cast tries their best but even their considerable talents can’t liven this up. You can safely skip this one. See the original.

I give it a 3 because the cast does try and Bisset looks stunning (as always).