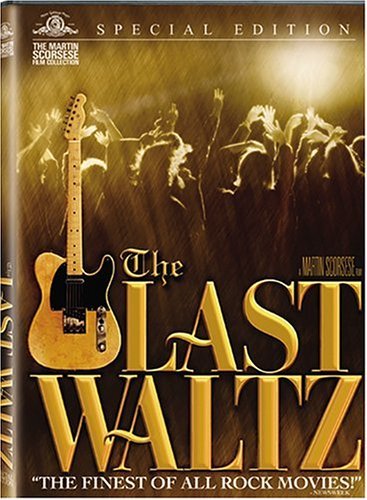 The Last Waltz (1978)
Cinema Verite- Scorsese style that will appease fans and non-fans,

Martin Scorsee shows here that he can do a documentary with vigor, observance in the eye, and by letting the performers speak for themselves more than anything. By showing the final concert of the band called The Band, he ends up going further with funny and insightful interviews, not to mention a riveting bit of business on a sound stage.

Very intriguing, especially as I have become more familiar with the songs and performers. Note the photography- this type of style used two years later in the boxing sequences in Raging Bull (staying with the stage, practically not cutting to the audience).

Great talent includes Van Morrison, Dr. John, Ringo Starr, Muddy Waters (perhaps the best), Neil Young, Bob Dylan and Eric Clapton. Only minor liability is that the performances may seem to slug for some, but this is more of a subjective thing, depending on how much you think the performers are putting in.

It’s definitely a bang worth the buck. A+