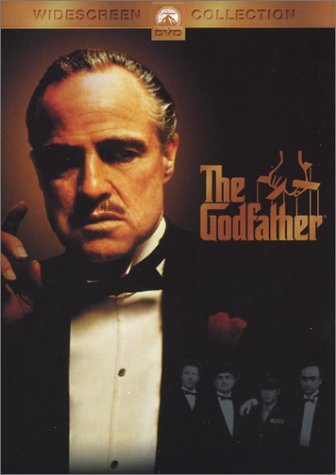 A Masterpiece,
The Godfather is Franis Ford Coppolla’s best work (next to Apocalypse Now) and is one of the best films I have ever seen. It shows a way of life not shown before this film was released and most likely it shocked them as much as it shocked me.

The Acting (among many other things) highlight this film-noir including Marlon Brando in his best performance ever as the man himself, Don Corleone. Who after getting wounded (and running out of good quotes) hands his “business” over to his son Michael (in a well done performance by Al Pacino). The film goes on long, but after watching it a few times, you hardly notice it at all.Every time I watch this film it gets better because I notice something I didn’t notice the last time I saw it and thanks to that it gets me more hyped every time I watch it.

With a beautiful score, terrific acting, and great directing and writing by Coppolla (based on Mario Puzo’s best-selling novel) this film belongs not only a place in film history, but in world history as well.

A Masterpiece of a film. A++