The Gang That Couldn’t Shoot Straight

The Gang That Couldn’t Shoot Straight – 1971 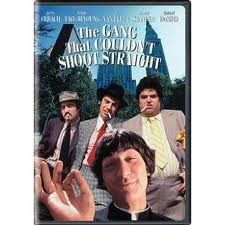 Purportedly the original book is hilarious and this movie has a great cast–but something went wrong. The jokes aren’t very funny and the cast just seems to be unable to put across the punchlines. Flat direction doesn’t help either.

I’m only giving it a 3 for Leigh-Taylor Young and Robert DeNiro (who are both very good and play a very appealing couple) and Jo Van Fleet who has the movie’s only funny lines in a very broad, over the top, amusing manner.

But, all in all, this really isn’t worth seeing.