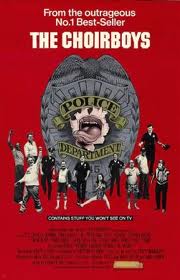 Bottom of the barrel,
Justly forgotten black “comedy” of a bunch of immature alcoholic policeman and their disgusting behavior in and out of uniform.

The plot is vague (to say the least) and the humor is either unfunny or just revolting. The film is chockful of offensive humor–there’s racism, sexism (all the female characters I saw were hookers) and extreme homophobia (the gay guy with the pink poodle was just horrendous). Full of unpleasant characters.

I watched this on cable. 30 minutes in I was horrified–I was going to turn it off but I kept it on because this DOES have a cast of well-known actors. But (after another lousy half hour) I turned it off. It’s really hard to believe such a talented director with such a good cast would make THIS! Also the author of the book this is based on disowned this. That should tell u something. When not offensive this is just dull. You don’t see any of the actors in this gloating about doing this. Avoid.