Sleeper – 1973
Woody Allen takes a nostalgic look at the future 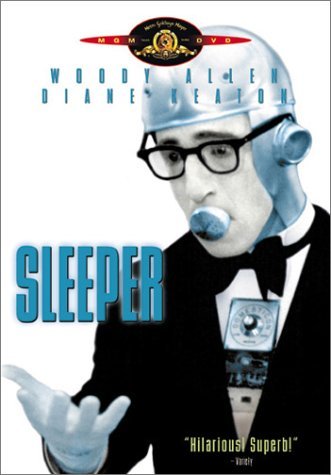 My brain! That’s my second favorite organ!,
Woody Allen’s Sleeper is his best film yet (though it is questionable). Their are many sight gags to go around, and in this film, he doesn’t stick to New York, or putting himself as a New Yorker, but instead becomes a futuristic man in a world full of funny things (the Orgasmotron is my fav).