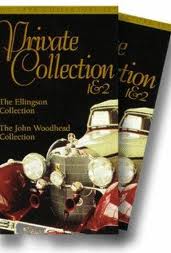 Thou shalt not steal, at least not TWICE in the same night!
Likeable but quite unmemorable comedy about a couple of obsessed rival collectors who both hire the services of the same thief to steal from the other. Light-fingered Louis is played by (imported) Brit actor Reynolds, who pretty much holds the thing together with a measured and, occasionally inspired performance.

Obviously intended as fall down funny – it isn’t, but nevertheless tries hard to please. Salvat himself, besides debuting as a Director here, co-wrote the script with Sandy Sharp. Rather dated now thirty years on, not the least being the clothing and dialog.

Aussie composer-stalwart Mike Perjanik, who has written music for just about every Australian TV series from A COUNTRY PRACTICE downwards, lends his musical expertise here.