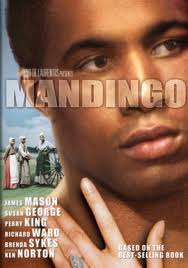 A very sick, very disturbing movie about what the Old South was (purportedly) like. This movie took an actually OK book (which is nowhere as offensive as the movie) and played up all the sex and violence and pushes it as far as an R rating would allow. I realize some people view this as a masterpiece, but I find it hard to believe that anyone thought this was made as a serious movie.

It has constant utterances of the “n” word; a long, bloody and disgusting fight between two black men for the pleasure of the whites; a woman basically raping a black servant; many disturbing, bloody whippings; torture etc etc. The list goes on and on. Somehow, they got respectable actors to appear in this. James Mason (Why? He must have been desperate for work) is as good as he can be. He completely covers up his English accent with a believable Southern one. Perry King is also pretty good as his son who’s in love with a black servant. Susan George plays his sex-starved wife–she’s over the top, but that’s the only way her part could have been played. She also deserves credit for maintaining her dignity when she rapes Norton. As for Ken Norton…he’s handsome and muscular but the poor guy can’t act. He’s the only bad one in the cast though. Also there’s a strong homoerotic bond between King and Norton–believe me, it’s there.

Still, this is a slow, sick and very depressing film to watch. It’s NOT camp–I found nothing in this film even remotely funny, even in a bad/good way. It’s basically a major film studio doing an exploitation film. View at your own risk. It’s followup “Drum” (which is NOT a sequel) was even worse.