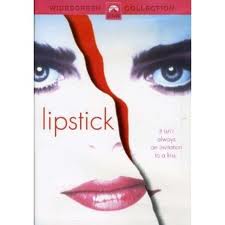 Model Chris McCormack (Margaux Hemingway) is brutally raped by a teacher (Chris Sarandon) of her sister Kathy (Mariel Hemingway). He is brought to trial but goes totally free. He then rapes Kathy!

Objectionable and sick rape film. This movie was advertised as an important drama dealing with rape. What it is is a badly written and (for the most part) badly acted drama. It purports to be sympathetic to the victim of the rape but shoves the scene in our face. To be totally honest however, Hemingway’s acting is so bad in that sequence that it loses any real impact it might have had. The trial scenes were boring and predictable. And the movie just went too far when 15 year old Mariel is raped (thankfully that wasn’t shown). I do admit though that it did lead to a great ending when Margaux grabs a gun and shoots Sarandon dead. But seriously–having a young girl raped is just revolting.

Acting doesn’t help. For instance, Margaux was no actress. She was certainly a beautiful woman (and an actual model I believe) but her acting left a lot to be desired. It lessens the film. Mariel was just OK but this was one of her first films. Sarandon does what he can as the rapist. He wasn’t bad but the terrible script worked against him.

I do remember hearing that at a screening of this back in 1976 some women stood up and cheered when Sarandon was killed so maybe this works for some people. I found this boring, simplistic and REALLY sick. A 1 all the way.