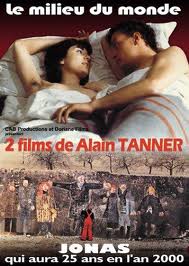 One of the most important films of its time,

While Jonah is generally referred to as a comedy, it is not. It does have some, perhaps many, funny moments. Comedy is certainly a part of it. But the film is a serious and almost perfect meditation on the post-revolutionary era and what’s in store for the future.

The different characters negotiate their existences in different ways, with different philosophies. The mood of the film is very sad, but in the gentlest way possible. There’s a hope for the future, but it’s not a big one. It’s quite pessimistic.

The musical score, by Jean-Marie Senia, is exquisite, one of the best ever written for the cinema. The camera moves beautifully. 10/10.