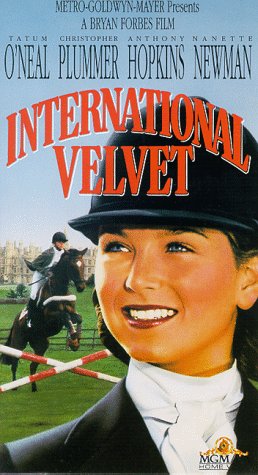 Another reviewer had stated that everyone talks in ridiculous and posh accents etc and I totally agree , it`s laughable the way the Brits are portrayed in this movie though perhaps not as laughable as Tatum O`Neal`s ” English ” accent which is every bit as bad as Al Pacino`s ” Scottish ” accent in REVOLUTION . I guess if the heroine was played by a genuine English actress an American audience wouldn`t be able to relate to her.

INTERNATIONAL VELVET is a rather drab movie that`s best viewed on a boring Sunday afternoon which was when I saw it. I will give the movie credit for the scene where the German rider falls off his horse because for some unexplained reason I found this rather amusing in a movie devoid of amusement