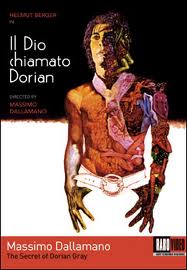 Caught this on video years ago. Why they tried to turn out a virtually porno version of Wilde’s story I’ll never know. It’s badly directed with stilted dialogue. Berger is very handsome but kind of a blank–he says all his lines in a monotone. I can’t totally blame him–English isn’t his first language. Herbert Lom (obviously desperate for work) plays a gay man who lusts after Dorian. Lom said in an interview many years ago that he never saw the movie after reading the reviews when it came out. Marie Lijedahl as Sylvia isn’t half bad and spends a considerable amount of time nude.

All in all, this is a movie made for guys who want to look at nude women. For some reason Berger is never shown fully nude. In one particularly awkward shot he is naked but his hands are covering his best parts. If you want a good adaptation of Wilde’s tale stick to the 1940s version–avoid this.

I give it a 2 only for Berger–visually he was a good choice for the role.