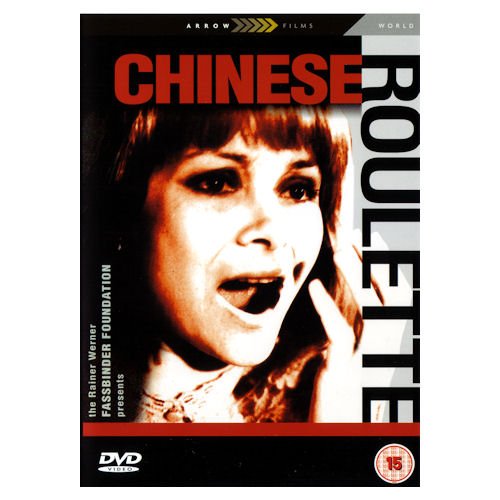 Like most Fassbinder films, it’s seemingly simple, but there’s a lot to it when you walk a bit closer. This one sets up a great tragicomic situation: a disabled teenager manipulates her parents each to bring their lover to their summer mansion for the weekend. When the father arrives with his lover (Anna Karina, in a very quiet role), he finds his wife pinned to the floor by her boy toy. A bit later the daughter arrives with her caretaker (and possibly her lover?) who is deaf and mute. Mrs. Kast and her blonde son, Gabriel, take care of the mansion, cook, and so forth. Kast is played by Brigitte Mira, who was so wonderful two years earlier in Fassbinder’s Fear Eats the Soul. She’s a lot more cruel in this one.

With the situation as it is, their true characters quickly rise to the surface. The parents get the most time; father is loving in his way, but his love is probably only a result of the guilty feelings he has towards his daughter. Mother, on the other hand, is quite the psycho. At one point, as she sees her daughter lumbering along on her crutches from a second story window, she picks up a pistol and aims it at her daughter’s back. She uses no euphemisms: her daughter, she believes, has ruined her life.

Fassbinder’s direction is exquisite. His framing is so complex, but it’s invented to look simple. The simple set might be called stagey by those who are not paying enough attention. When the four lovers meet, Fassbinder circles the camera around them as they pace around each other, creating a dizzying dance. Peer Raben’s gorgeous and unique music also should be pointed out.

Not everything works out perfectly. The titular game is an interesting idea to do on film. The eight characters split into two groups, the first picks a person in the house and the second has to guess after they’ve asked a certain number of questions. I think Fassbinder has a difficult time making the questions and answers meaningful for the film as a whole. These exchanges get a little ponderous as a result, and the only thing that keeps the sequence alive is Raben’s score. Like I said, it was quite a daring thing to do, so the fact that it doesn’t work out perfectly doesn’t harm the film too much. 9/10.