Chariots of the Gods

Chariots of the Gods – 1970
Was God An Astronaut? The Amazing Story Of Earth’s Unsolved Mysteries 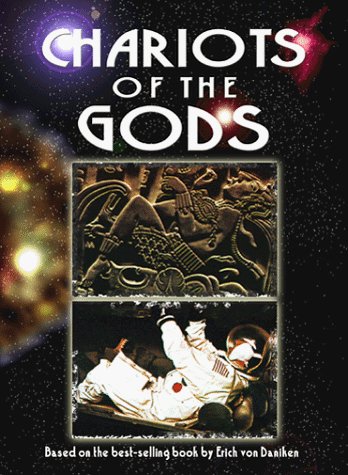 Documentry based on the book by Erich Von Daniken concerning the ancient mysteries of the world, such as the pyramids of Egypt and Mexico, ancient cave drawings, the monuments of Easter Island, etc. and the fact that these things and modern civalization could have been influenced by extra terrestrial visitations hundreds(or perhaps thousands) of years ago.

When I first saw this film it blew me away with all it’s theories and really opened my mind to the origins of man. It bombards you with so many facts that you really can’t dismiss it’s ideas that man could have been somehow visited earlier by space travellers.

Some of the arguments still hold up even to this day.