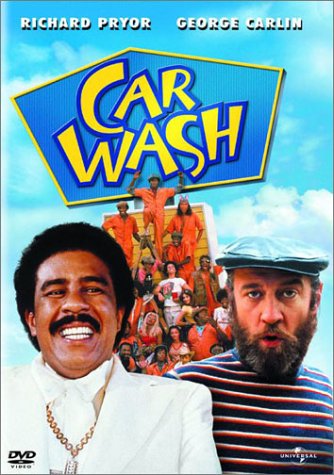 Car Wash (1976)
Good humor,
Car Wash is the type of film that doesn’t go any where, but thats only because it doesn’t need too. Along with a good script, there are a lot of characters (maybe enough for two movies for Schumacher to put in) which bring the movie through its lulls.

My favorite was George Carlin as the cab driver who was looking for a tall, blonde, black chick. But the only problem was I wanted to like his character more, but his character (also like my other favorite character, Richard Pryor, as Daddy Rich) was not well developed and was not in the movie that much. Even so, that doesn’t bother the funny scenes that go on during one day at a L.A. car wash. Well meaning and humorous throughout.