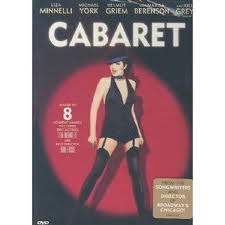 Pretty good but too long and depressing,

OK, the acting is good, the direction superb and all the music numbers are great (especially “Maybe This Time” and “Mein Herr”), but the movie is depressing (the Nazis slowly taking power), overlong, and the sexual politics are VERY dated (having bisexuality a subject of a musical was revolutionary in 1972–now it’s old hat). I know many people love this movie but I was bored silly after the first hour or so. Minnelli and York really started to grate on me. Still, when Minnelli sang, the movie was fantastic and Joel Grey was slimy and scary as the M.C. So, while I agree it’s a good movie (and changed the face of movie musicals) I can’t say I enjoyed it.