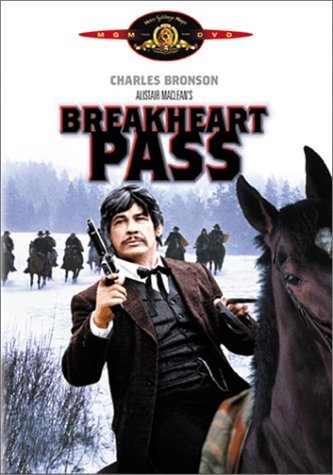 Breakheart Pass (1975)
Lacks A Hook,
Seeing as it’s a thriller BREAKHEART PASS lacks any sort of hook. What’s a hook? It’s an opening scene that grabs an audience. DOCTOR WHO and THE X FILES are brilliant at this showing us a scaled claw, or a robotic foot or a bizarre murder. Here the seventies film starts with a train arriving at a station where absolutely nothing happens for the next 15 minutes.

Despite this major flaw – Maybe films in the mid 70s sold on the names of Bronson and MacLean rather than script structure? – Once the seventies film gets into its stride it is rather entertaining. The plot twists and turns even though it falls apart if given too much thought and the climax leaves no cliche unturned.