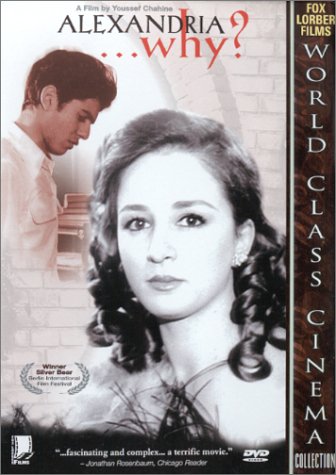 Sloppy, but often quite good,

A dense, difficult, and, unfortunately, sloppy film from Egypt. It deals with a group of characters in Alexandria during (and shortly after) WWII, and is kind of a portrait of an artist type of story. The main character is a teenager, Yehia, an aspiring actor and filmmaker who knows that Alexandria will stifle his creativity if he doesn’t get out. He strives to go to England or America.

Then there are half a dozen other plotlines running concurrently. All of them are interesting, including a terrorist plot to kidnap Churchill and turn him over to the Nazis when they arrive in the city, a wealthy family that decides to move to Palestine and finds that the land is being occupied by the Jews, and a man who abducts British soldiers and kills them as an act of patriotism, that is until he befriends a particularly innocent-looking one.

The movie jumps around breathlessly, and it’s almost impossible to follow it completely. Still, there are so many moments of grace and beauty, so many good performances, that I did end up approving of it, if just a little. 7/10.